The popularity of makeup as a career has grown more recently, in part due to social media and because more and more people recognise this as a career… 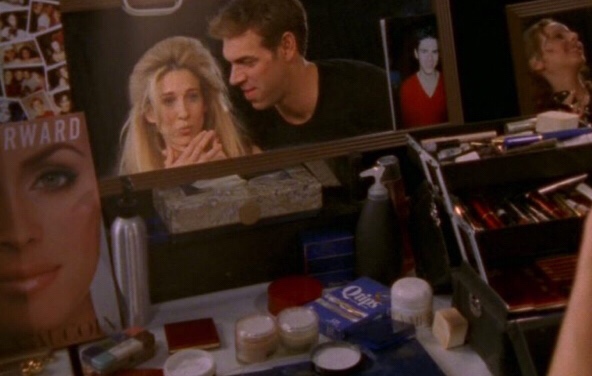 Not since Kevyn Aucoin was on Sex And The City have Mua’s had celebrity cult-like status, with artists like @makeupbymario selling out shows!

Unlike when I announced that I wanted to be a makeup artist to my parents and they replied, “great, so what will you do??”.

Starting out in makeup is tough. Most of us go through some kind of makeup school or course (and makeup schools don’t come cheap), do lots of assisting (work experience) for free, slowly build a pro makeup kit to cater for any need or request (also not cheap – because if it’s cheap to buy, it was probably cheaply made), see amazing opportunities come and go and slowly with persistence, we build a book and a career.

So why does every girl, boy and their dog want to be a makeup artist?

I get it because I too am one of those girls! Doing makeup as a living is fantastic because I. Love. Doing. Makeup – any kind on anyone! Love it!

But the reality of this job and industry can be, well gruelling. Of the 20 people I did my course with, only 1 other is still a makeup artist!

So why is the attrition rate so high?

Could it be the…midnight to 5am location jobs or the early wake ups? Never going out on Friday nights because you’ve got a job first thing Saturday morning? Could it be the no holidays because freelancing doesn’t come with holiday pay and other fringe benefits? The fear of saying ‘no’ to any job because you know others would take your place in a heartbeat and that’s no way to build a business? Being the lowest in pecking order on set?

Maybe it’s the successes but never the struggles which get broadcasted on social media, that sows seeds of doubt?

Never before now was there a time when you could call yourself a makeup artist for doing your own makeup really really well, taking photos of said makeup, editing them, sharing them on social media and blogging about it. This is definitely a new phenomenon and the lucky few (<1%) can be very successful!

Both are talented in different ways due to their body of experience, art and expertise and both are inspirational! Both produce makeup which is art…So is it time to redefine the job description?

Some artists from my vintage or older, regard the 1%ers with some apprehension. As if by taking this route they’re somehow not the real deal. Yet the 1%ers seem to be doing pretty well at building themselves successful makeup careers! But do they have the knowledge and experience that one gains from working on 100’s of different faces over many years?…No. That only comes from doing 100’s of faces.

For all of as, working in makeup is just a means to ‘do’ what we love – makeup. Whether through working in the industry, or purely through social media, there is enough diversity in this industry for all of us to fit under the one umbrella and be called ‘makeup artists’.